How much money you can earn from a game

Gaming industry have grown significant in last few years. A single game earn from single dollar ($1) to $2 billion per year. Gaming industry is not as simple as every one say or imagine. There are about 3 million apps in google play store and 2 million apps in apple app store. so every app or game have to compete with millions apps. For getting a good earning from a game you must work hard, create unique game,  and you also be lucky.

Lets a look how much a game can earn. Game earning depends on many factor number of daily active player, player location and how much time they spend on your game. You should never estimate game earning by download because downloads and active users both are different most of the user uninstall game and it still be counted in downloads.

Case study of a game earning with 100k installs 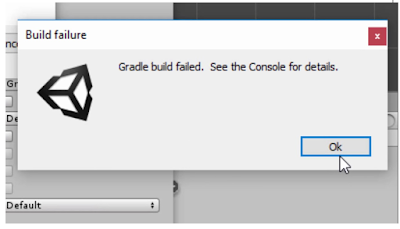 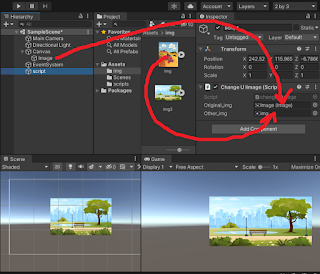 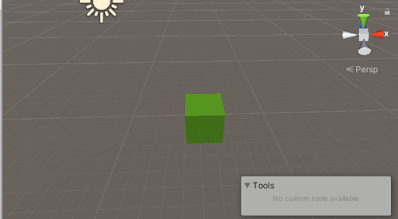 There are virtual grid in the editor's Scene view that help you to align GameObjects snapping(moving) to the nearest grid You can change this grid to any axis x,y,or z.  Aligning (Moving) to the grid GameObject can be move to the single axis or along all axis to the closest grid. To move a gameObject to closest grid open Grid and snap window by either method From Main unity menu, Choose Edit>Grid and Snapping Setting From the grid visible in scene view menu open the overflow menu and choose Edit Grid and Snap Setting and you can reset all grid settings by just clicking reset as shown in below image. in grid and snap setting  you will find Align selection sector click on x, y, or z button or to all axis or you can did the same work by selecting the gameobject and pressing Ctrl + \ key together for windows and command+\ key for macOS. You can use increment Snap Section to modify how much you want to move and along which axis. Showing and Hiding Grid lines By toggling the grid vis
Read more 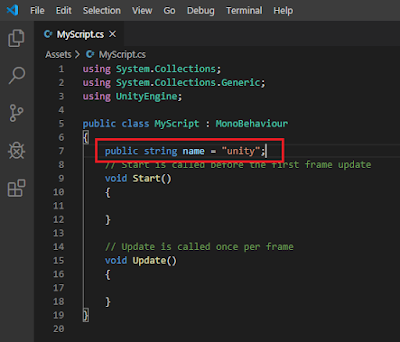 There are many variables in unity some of them are usual as we use and some are created by unity API common variables are int - all you to store integer value. float - to store float value bool - give only true or false value string -   can store string value other variable are GameObject - it is used for accessing gameObject of unity AudioSource  - using audioSource as a variable Camera - use camera as a variable Using variables in Script you can define variables as <variable> <name> Like in above image i have define a public variable of type String that can store string value. if variable is public then it can be access by other script and value can be change in inspector. if nothing public or private is not written then it will be private variable. You can change variable value in inspector after attaching to a gameObject     When you create a script in unity it will work as a component and as you attach it to a gameObject it will show you all public variables can be edi
Read more

Creating and Destroying GameObjects in unity

August 17, 2020
Creating GameObjects Some Games Keeps normal object in game but some require addition gameObjects at runtime so you can simply create game objects in run time by calling Instantiate function which make copy of existing gameObject   Example :- public GameObject object; void Start() { for (int i = 0; i < 5; i++) { Instantiate(object); } } It will create 5 gameObject as soon as you start game. if object from which the copy is made doesn’t have to be present in the scene. It is more common to use a prefab  dragged to a public variable from the Project panel in the editor. Also, instantiating a GameObject will copy all the Components present on the original . Example:- using UnityEngine; public class Example : MonoBehaviour { // Reference to the Prefab. Drag a Prefab into this field in the Inspector. public GameObject myPrefab; // This script will simply instantiate the Prefab when the game starts. void Start() { // Instantiate at position
Read more

how to setup unity ads in mobile game 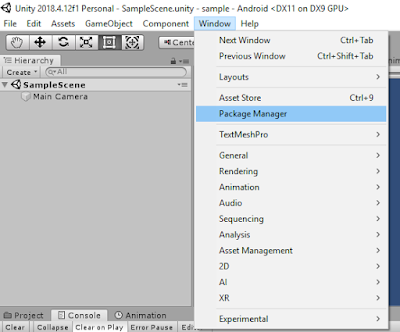 Configuring your project Setting build target Configure your project for supported platforms using build setting set build target to android or iOS Installing Unity ads by package manager 1. in editor click Windows and then select package manager 2. Select advertisement package from list and and select recent verified version of unity ads and click on install or update button. Creating Placement Open  Developer Dashboard  and use operate tab and create a new project or use existing one and then open it select your project and here you will find all you need Expand monetization and select placements  On selecting placement you find here your Game Ids so just remember that we will use them later.  at right right side of game ids there will be your placements Two placement of video and rewarded video are created there  and if you want other placement then click on add placement and then click on any placement video or rewarded video the here you will find your placement id. In unity ads t
Read more

You can change transform component of any gameobjects by manipulating mouse on any Gizmo axis or you can change values of transform component in inspector window. transform has the following tools. let's take a look  Move tool You can select move tool in toolbar or can select by pressing hotkey W.  At the center of Move Gizmo there are three small squares by dragging these square you can move gameObject along a plane and third axis remains constant. if you press shift key while dragging Move Gizmo squares will change to flat square. This flat square indicates that you can move gameObject in the direction scene view camera is facing.  For moving  to particular axis just drag any one of the axis that you want to change. Rotation tool While you select rotate tool or press hotkey E you will see spheres around gameObject and you can change rotation by dragging this sphere Gizmo. As with the Move Gizmo, the last axis you changed will be colored yellow. Think of the red, green and blue c
Read more 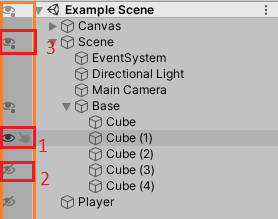 You can hide or show gameObjects by Unity scene visiblity it is very useful in creating complex scenes where it is difficult to see specific gameObjects. In the above image you will find an icon look like eye at very beginning of each gameObject in hierarchy window. You can hide or GameObject in scene view by by just clicking on that eye. if you click on a parent gameObject to hide it will also hide its all child object. You will see three type eye  1. One which is fully visible eye that show GameObject is visible. 2. Second in which eye is crossed that show gameObject is hided in scene view. 3. Third in which there is  a point at lower end of eye which means one or more child gameObject is hided.  Scene View Control Bar You can control your game audio and lighting enabled and various other options of scene view. These controls affect only game in editor and does not affect build game. Now we will discus all menus one by one Draw Mode Menu First one drop down is used how you want to se
Read more